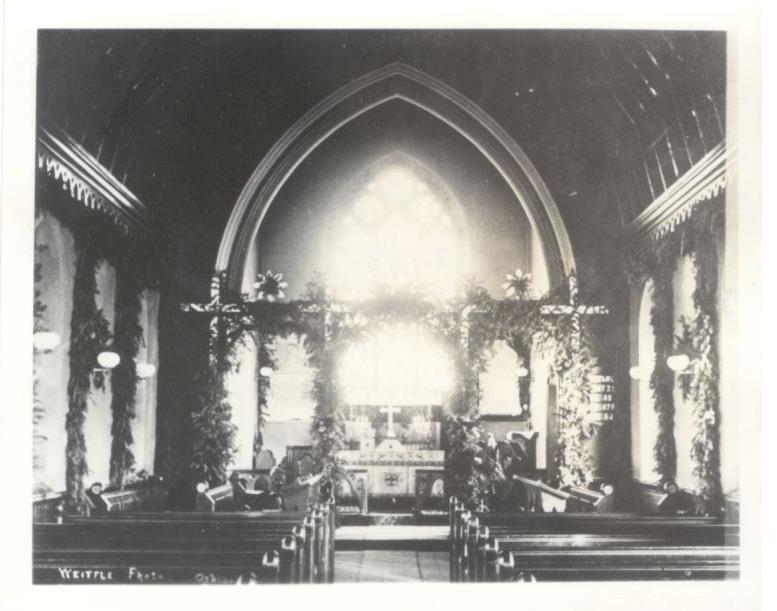 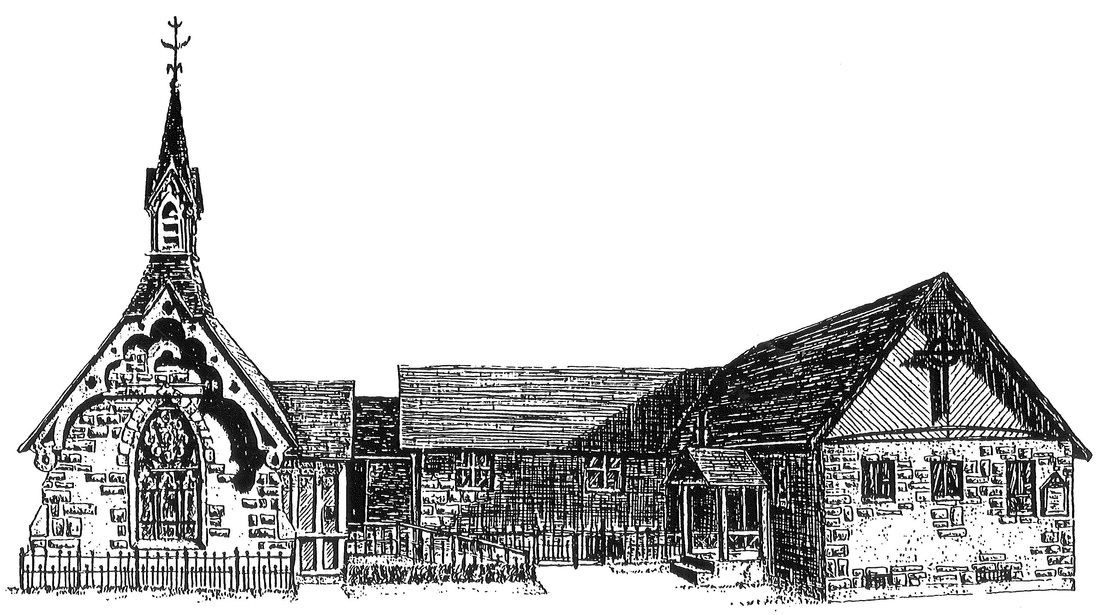 Early in 1874 Bishop Tuttle decided to build a memorial church in Ogden (still called Junction City). The money came from John Hammersley of New York in memory of his daughter, Catherine Livingston who had died in childbirth. On April 29, 1874, the cornerstone was laid by Bishop Tuttle.
Building stones were hauled by oxen from Mendon, Utah, to build this little Gothic–style Church. Simple stained glass windows and furnishings were all given as memorials. Two marble plaques, one in memory of James Gillogly and one in memory of Catherine Livingston, were later placed on the walls either side of the altar. (In 1978 they were moved to the back of the church.) The church was consecrated on February 6th 1875.
As with most churches, Good Shepherd thrived following WWII. A new altar and a reredos were installed in 1949 and the Good Shepherd window at the back of the church was put in. This window and all future windows were made by Mr. Skinner of Charles Connick in Boston, Mass., and donated in memory by members of the congregation. The last was installed in 1970.
Continued growth in numbers and activities necessitated a further addition to the building. This, begun in 1952, proved to be inadequate, so a larger project was undertaken in 1956. These buildings not only enabled a flourishing Sunday School, they also provided opportunities for outreach in the community.
In 1973, Good Shepherd went on both the National and Local Registers for Historic Buildings.
On June 5, 1977, a covenant signed between St. Joseph’s Church and Good Shepherd led to much shared community work, including the eventual formation of St. Anne’s Homeless Center, which is now Lantern House.
In 1978 the church was remodeled inside to its present design. Today’s altar was given as a memorial, as were other memorials to finish the Sanctuary area. The courtyard was also redesigned at this time.
In the 1980s the Good Shepherd Foundation was established to assist with maintenance of the buildings. In 1987 a spacious Columbarium was located on the north side of the church. Under Father Scott Hayashi (until recently Bishop of Utah) the Ulster Project continued, giving Irish Catholic and Protestant youngsters a vacation together. Youth Impact, an after-school program for at-risk children, was started at Good Shepherd in 1992, but outgrew our space. It now has a permanent home half a block away, at Grant Avenue and 23rd Street.
In Father Adam Linton’s tenure the Latino congregation, El Buen Pastor, was formed.
In 2010 the new Ed and Mary Garrison Educational Center was added, offering further opportunities for Good Shepherd and providing a dedicated home, the Santa Maria Chapel, for El Buen Pastor.
We continue to represent Christ in historic downtown Ogden and remain active in serving the community around us.

Community Drive to Raise the Roof! and add Solar.